HILAME’S main database is based on the work of the researchers in our group. It is, in essence, an accumulative work which incorporates new prosopographic data as new medieval documents are analysed. 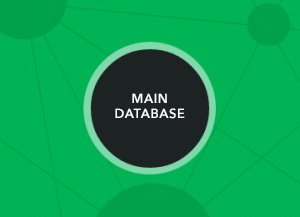 The database offers the visitor the opportunity to explore the human universe in Green Spain in the Late Middle Ages.

Beginners can freely and easily navigate the interface, the secondary database and the complementary material – such as genealogies – as well as explore the cartographic applications and the social network viewer. Advanced users and researchers can access different database search options. Those interested in philology can introduce single search terms, such as individual words or names, and also search for factoids associated with the linguistic relations of the different individuals recorded.

Historians can examine which individuals are related to a specific source or factoid and explore information on a given lineage. Searches can follow the fields into which the database is divided: contexts, places, people, factoids, lineages, sources and chronology. ‘Contexts’ are the texts from which the information is extracted. The ‘Places’ are georeferenced with Google Maps. ‘People’ are at the centre of the application, and can be directly searched by onomastic marker. ‘Factoids’ are labels with which we link – interpretatively – the individual and his/her historical and documental context. ‘Lineages’ link individuals with aristocratic families whenever this relationship can be safely inferred from the sources. ‘Sources’ are the medieval works or documental repertoires from which the information is extracted. Finally, in the field ‘Chronology’, searches can be restricted to a specific year or temporal range.

1) As many entries as individuals are mentioned in the work, which implies 50% more onomastic entries.
2) A few entries that referred to concepts and geographical locations have been omitted: e.g. ‘Zaballa’ referred to the Tower of the Butrón and the entry ‘Oñacinos y gamboínos’.
3) Personal onomastics have been normalised to follow ‘traditional’ Spanish spelling, using Euskaltzaindia nomenclature, the latest edition of the Libro de las buenas andanças e fortunas, and other reference works. Differences with the original spelling can be consulted in ‘observations’.

We wish to thank the Fundación Sancho el Sabio for the splendid digital version of the documents. Originals can be freely consulted online at: Biblioteca Koldo Mitxelena Kulturunea, Diputación Foral de Gipuzkoa 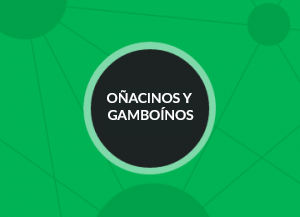 This database incorporates the database elaborated by Arsenio Dacosta for his doctoral thesis (freely available in electronic format since 2015). Originally, this database was designed using FileMaker. The database’s main item was the lineage, which should be understood as any of the kinship or political structures underlined by Lope García de Salazar in his Libro de las buenas andanças e fortunas. This secondary database is linked to HILAME’s main prosopographic database, which identifies individuals recorded in late medieval Basque documents and establishes their relationship with their associated lineages. The database, which in its initial stage covered the former Señorío of Vizcaya, also includes additional information about these individuals.ç 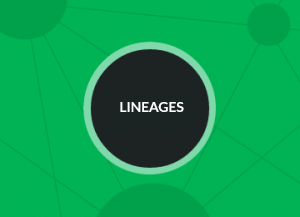 HILAME is an open and collaborative research project which aims to compile the biographical data of individuals mentioned in medieval and early modern written sources in order to reconstruct, as far as possible, their life trajectories and the social networks in the region known as Green Spain in the Late Middle Ages. In addition, HILAME aims to become a digital source of data and a field for open discussion in the digital humanities.

The design is inspired by several international prosopographic databases, especially those with an emphasis on an open public interface. This inspiration is not merely technological, but also extends to the methodology, especially in terms of the usage and development of the concept of factoid.

HILAME uses several methodological perspectives, which will be developed in four stages. With each stage, the geographical scope under scrutiny will increase, beginning with the Señorío of Vizcaya. Globally, the project aims to integrate historical research, ecoinformatics, innovative data processing and design thinking. Concerning data processing, the methodology is based on two concepts: context and factoid. The first of these concepts refers to the late medieval written text which contains information. The second is a concept introduced by Dion Smythe in the Prosopography of the Byzantine Empire (PBE), which was later adopted by PBW, and is defined as “an assertion about an individual in a source, presented in the source as true” (Smythe, 2007: 130), the “aseptic” vocation of which does not liberate the “prosopographer” (Tinti, 2003) from taking important decisions concerning the normalisation and categorisation of information.

[Ethics: towards a convergence of digital humanities]

We aim to consolidate HILAME’s contribution in the field of digital humanities and the proliferation of a network of similar projects. Despite the associated technical difficulties, this is both achievable and more than necessary – almost a duty. Ultimately, this sort of project – with few exceptions – is generally undertaken by university staff and sponsored by public funds.

HILAME is a project of the Research group Sociedad, Poder y Cultura, University of the Basque Country / Euskal Herriko Unibersitatea. This interdisciplinary group works on the analysis of the economic, social, political, cultural and ideological transformations undergone by what is now the Basque Country and surrounding regions, between the 14th and 18th centuries. The research group assembles experts on different aspects of medieval and early modern history and specialists in the analysis of the period’s language, literature, documents and chronicles. The main investigator of the project is José Ramón Díaz de Durana, professor of Medieval History in the UPV/EHU.

To know the whole HILAME Team

HILAME is a free online resource for historical research licensed by Creative Commons CC BY-NC-SA 4.0. Any other use of the resource is strictly forbidden without the express written authorisation of the project directors.

The resource may be cited as follows

HILAME should be considered common property, to be used and disseminated widely; share it as much as you want on your own platforms.

Exceptions to the license

The license CC BY-NC-SA 4.0 does not apply to other licenses used in HILAME, such as manuscript editions, document repertoires and texts and images used in related public presentations or events. Such contents may not be reproduced, distributed, altered or communicated without the express permission of their authors.

The software used in the design of HILAME is open-source HTML and PHP under GNU GPL license. At present, we have a CMS in WordPress and a tailor-made application for the HILAME prosopography. The development of this open-source software and HILAME’s specific applications is the property of the Basque University System Consolidated Research Group Sociedad, Poder y Cultura (siglos XIV-XVIII), which does not override the moral rights of the designers and computer engineers who have taken part in the project.